Keynsham Mencap FC football team were invited to attend the Chairman’s Sports Award 2014 at the Guildhall on Tuesday 25th March after being nominated for an award.

The team were absolutely thrilled to be announced as winners in the ‘Contribution to Inclusive Sport’ category.

The players were invited on stage and awarded with a glass plaque from Bath Aqua Glass and a certificate, presented by Cllr Neil Butters. Keynsham Mencap FC were nominated in recognition of their hard work over the last year and for how they work together and support each other as a team. 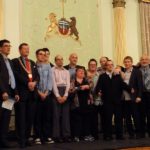 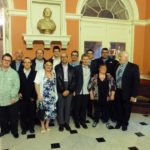 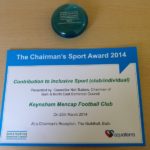 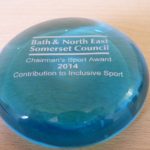